On this episode of the Geeks Menagerie, the Rambler and I review Captain America(2005) issues #8, 9, 11-14 and Captain America 2 – The Winter Soldier staring Chris Evans. Dont worry! We went spoiler free on the movie! I was also thinking about how I could help those out there that dont know much about some of the characters and their comic book histories. 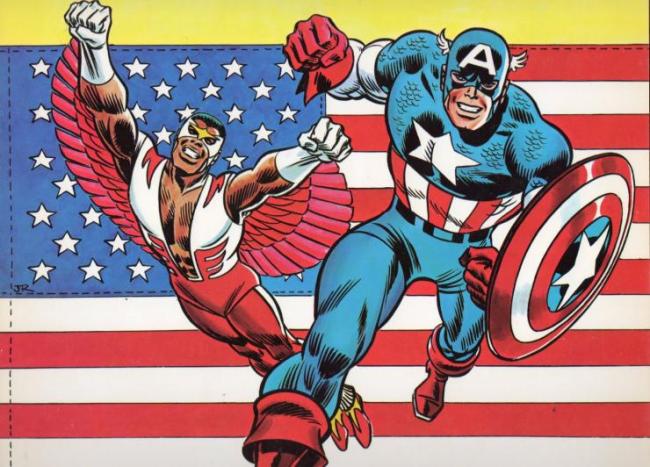 Powers:
Captain America represents the pinnacle of human physical perfection. He experienced a time when he was augmented to superhuman levels, but is no longer. Captain America has a very high intelligence as well as agility, strength, speed, endurance, and reaction time superior to any Olympic athlete who ever competed. The Super-Soldier formula that he has metabolized has enhanced all of his bodily functions to the peak of human efficiency. Most notably, his body eliminates the excessive build-up of fatigue-producing poisons in his muscles, granting him phenomenal endurance.

Bio:
When fine-arts student Steve Rogers enlisted with the US Army during World War II, he was determined to be 4-F; unfit for duty. Seeking to help the war effort any way he could, Rogers signed up for the secret program known as Operation: Rebirth. Given an experimental Super-Soldier Serum and “vita-rays”, Rogers is near instantly transformed into the perfect human being.

Using his new abilities to further the US war effort, Rogers was made a symbol of the US fighting spirit, Captain America!

During the final days of World War II, Captain America and his teen sidekick Bucky seemingly died stopping a drone plane programmed by Baron Zemo, but in reality, Rogers was knocked unconcious and frozen in a block of ice. Sustained by the super-soldier serum, Rogers survived for 20 years in the block of ice until he was accidentally thawed by the Sub-Mariner.

Discovered by the Avengers, Rogers would join their ranks and continue to uphold the American ideal.

Powers:
The Falcon used to have an empathic link with his bird, but that has grown to encompass and ability to call(command) a large number of avians ; and to look throught their eyes. He flies by means of hard light wings that can deflect high caliber weaponry. This flight suit was designed by the Wakanda design group.

The Ultimate version of this character is not an alternate identity of the regular Marvel character as the Ultimate universe is a distinct reality. See here for more information.

Powers:
The Black Widow has received a variant of the Super-Soldier Serum which has enabled her to remain in peak physical condition for the past several decades, as well as slowing her aging process to some degree.

Weapons:
Bracelets that contain both the “widow’s line” which fires her cable, and the “widow’s bite” which releases electric bolts to stun her adversaries with a charge of up to 30,000 volts. Her gloves and boots are equipped with miniature suction cups which enable her to cling to surfaces. Her belt contains plastic explosives.

Bio:
Natalia Romanova, known to most as Natasha Romanoff, is rumored to be a relative of the Romanoffs, the last ruling czars of Russia, but nothing else is known of her family. During World War II, a Nazi assault upon Stalingrad set the building she was in on fire. A woman, possibly her mother, threw her into the arms of a Russian soldier named Ivan Petrovich before being consumed by the flames.

Ivan brought Natasha under his protection and soon had to defend her from her many enemies. In 1941, Natasha was sought by the Nazi Baron Strucker, who presented her to the Hand to become their master assassin. She was saved from Strucker and the Hand by Ivan, the American super-hero Captain America, and the Canadian adventurer Logan.